Here is the link to the Banking for Act from US legislature stating the start of a US Digital Dollar: https://www.congress.gov/bill/116th-c...

A Offering listeners: a financial education program for individuals ro create a personalized Economic Plan of Action, Cryptocurrency I want you to Thrive, not just Survive in this changing digital economy:

Beginners: Download/set up an account to purchase cryptocurrency, linked with your bank account, use my link below and receive $10 free bitcoin: 1st) Coinbase Exchange, https://www.coinbase.com/join/souza_p... This is referred to as a soft digital wallet on your phone or computer 2nd) Download your hard digital wallet onto your phone: 1) Monarch wallet 2) Ethos or 3) Mycelium-- ask a friend to send you crypto! Transfer Cryptocurrency from Exchange to hard wallet or have a friend who has cryptocurrency practice a transaction with you. Congratulations for making the decision to use community money!

Discover the future of money, markets and payments and how to Thrive, not just Survive in a Changing, New Economy of Emerging Technology.

Thank you for listening. Offering you assistance to set up your Cryptocurrency Accounts. https://calendly.com/lorisouza/15min

Sign up for email updates, my next online series and take a free cryptocurrency risk assessment at www.innovativeeconomy.co

Beginners: Download/set up an account to purchase cryptocurrency, linked with your bank account, use my link below and receive $10 free bitcoin:

2nd) Download your hard digital wallet onto your phone: 1) Monarch wallet 2) Voyager or 3) Mycelium-- ask a friend to send you crypto! Transfer Cryptocurrency from Exchange to hard wallet or ask a friend who has cryptocurrency to practice a transaction with you. Congratulations for making the decision to use community money! No need for an intermediary! #Bitcoin #Alternativeinvestments #Cryptocurrency

Here I share the technology of tokenization, where any investor, large or small, can purchase an ownership interest in property, through the purchase of tokens. These tokens will be issued by the asset holder, and then sold to the secondary market, which offers a capital raise for the asset, the assets own token ticker, and investment opportunties for more investors who can purchase low cost tokens.

The Future of Money

A crisis has hit our global economy. With COVID19, causing many to act from a place of fear and uncertainty, the U.S. government now approved an additional 5 trillion dollars of debt, added to the total national debt, due to this crisis, and unemployment is nearly up to 30%. The printing of money to release these loans, goes towards funding large companies, leaving many of the small businesses denied or unfunded. On the Global Stage, the World Economic forum has acknowledged the volatility of the dollar which is not backed by anything except debt. These are definitely major changes taking place and it doesn’t look like we will go back to a place of “normal” portrayed by last years market.

As a matter of fact, with the exuberant amount of money being printed, we can anticipate an economy of inflation, and with the rapid pace of demands on goods and the governmental printing of money combined, the U.S. is setting itself up for Hyperinflation. As of today, the national debt of the U.S. is 25.65 trillion dollars.

This one is different. This crisis is different. In this crisis, the stock market is going up, with all the corporate business loans the government just handed out, the national debt and unemployment are going up, the printing of money is going up, and the GDP is going down, defying any of the economic laws of the past.

What else is different? We know have established an alternative decentralized  economy of of alternative currencies, which have caught the eyes of  people on the ground, who understand the investors. We can also call these digital commodities now available to move funds over too. This investment is Cryptocurrency. These cryptocurrencies are global and not tied to any one country. Owning cryptocurrency allows investors to invest in a decentralized commodity, that just may be the forward-looking opportunity due to future growth of Blockchain technology and digitized money. The possibility exists that you can save your finances from going down with the ship. The future of money is digital, there is no denying that fact. Cash is dirty and most people transact with a credit card or debit card right now or have set themselves up with the online banking, and most millennials have never held cash.

Cryptocurrency, Bitcoin being the main cryptocurrency, was created out of the last recession, as an alternative to depositing money without an intermediary called a "bank". Right now, millionaires are flocking to buy cryptocurrency, understanding its future value and marketplace. Cryptocurrency is on a public ledger. Everyone and anyone can see transactions of buying and selling.

With so much money leaving the stock market, lower stock prices should be apparent, however, big corporations are funded through the newly established Secondary Market Corporate Credit Facility to stay liquid, and invest money in order to “show” its stockholders that everything is ok. This encourages investors to keep their money in the stock market. This happened in 2007-8 with Fannie Mae and Freddie Mac and also is happening right now with the major US airlines. Within the agreement of accepting Government funds, the companies give a portion of the company over to the Government.

The United States is in an open market system, which means the secondary market, made up of large fund corporate investors, including the federal reserve committees, determine whether stock prices go up or go down. With this handed over corporate liquidity, the stockmarket has now shown some signs of health and recovery which encourages middle class investors to stay in for just one more day.

However, the foul swoop is coming. The money bubble will have to burst. The great transfer of wealth: it only takes one day to plummet and crash, which is what happened in the Great Depression. Knowing the stock market is led by secondary market investors, is an unfair advantage for people who invest their 401Ks from their hard earned wages.

With the volatility of the dollar and the creation of Bitcoin as a decentralized digital currency created for the people, it seems clear the direction we are going.

2 types of Money and Technology: Decentralized and Centralized

Discover the future of money, markets and payments and how to Thrive, not just Survive in a Changing Economy

Here we discuss the two types of Money and Technology: Centralized and Decentralized

Centralized- Issued by Governments and Central Banks, each country has, but not all countries money is strong and globally transferrable. Technology that is centralized takes, sells and uses individuals data, similiar to deposits in a central bank, when banks move money out of the primary market for the secondary market to invest.

Decentralized- At the community level and barterable. Cryptocurrency has a store of value due to the future value and future use of its blockchain technology, which is a transactional computer program, considering individuals in a transactions 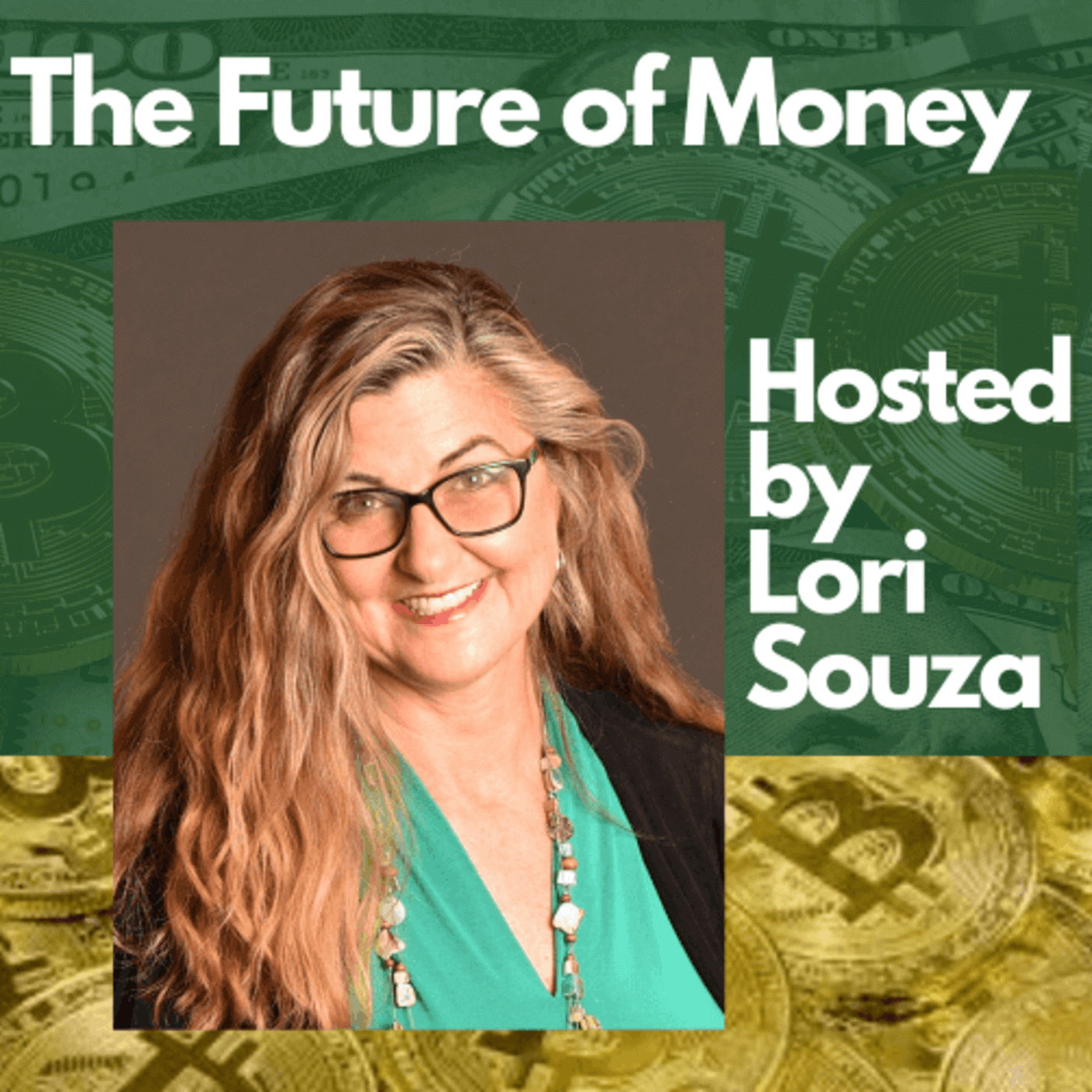 In this changing economy, I want you to live a richer life with financial education, and an understanding of where we are going with Digital Currencies and Blockchain Technology. Thats right, community money, Bitcoin. As we see the money bubble burst, you won't want to miss this podcast.

I share tips and tricks on how to thrive in a downturn economy and I also interview experts in the space who tell us about their business applications using blockchain technology and cryptocurrencies.

Blockchain Technology recognizes the individual in transacting, where the internet does not. Blockchain decentralizes the internet and can offer built in contracts for sender and receiver, used for businesses who want dependable, immutable, verifiable, logged transactions.

Digital Currencies run on the Blockchain and establish their store of value based on usage of that blockchain, market and future value.

Congratulations for making the decision to use community money!
For email updates sign into: www.innovativeeconomy.co
For a free cryptocurrency risk assessment go to: https://calendly.com/lorisouza/30min 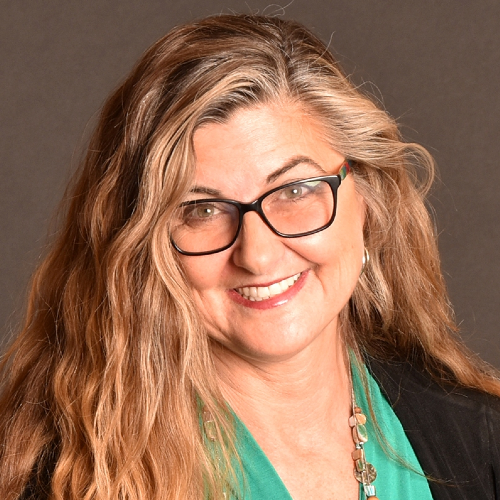 Lori Souza, discusses digital currencies, blockchain business applications, mind-set and the future of money. Interviewing leaders in space, Lori has master crafted this series in order to build a bridge from the business world to the new emerging technologies of blockchain, better understanding the future of money. We're going digital! Putting money on the blockchain!